It wasn’t a particularly sunny day at Snetterton, Norfolk that day in 2010, but boy did I get sunburn.

I was like a kid in a sweetshop, running around with a mad grin photographing some of the most famous formula one cars from the last 50 years. Its not everyday when you can get up close and personal with such iconic and sometimes controversial F1 cars like the innovative but (very) shortlived twin-chassied T88. The other amazing thing about that day, apart from it being the only time every type of Lotus F1 car was in one place at one time, was the fact that it ws so hands on. Normally when you arrive at thse sort of events, it’s a “please don’t touch” type deal. Cars as rare and important as these are normally seen living indoors behind cordonned off areas, looking folorn and ouot of place. 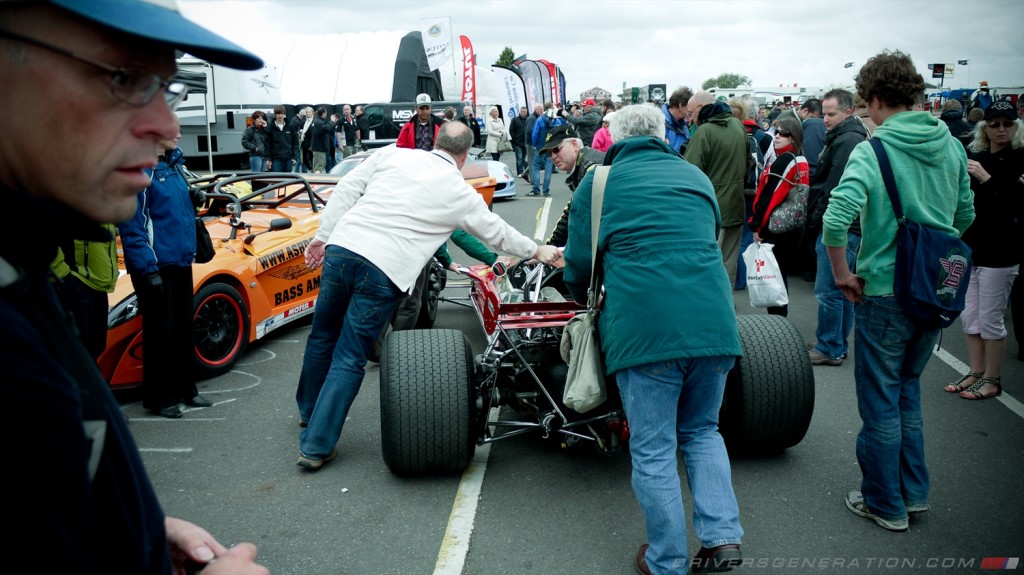 Not here though. As the cars were being escorted onto the grid by their various handlers and owners, hundreds of people were making the journey with them down the paddock. I saw 9 year old kids being asked “Do you want to steer the car for us while we push?” and then hoisted into the cockpit of one of the black and gold car that once was driven by Nigel Mansell or Ayrton Senna. Imagine that lucky lads bragging rights on a rainy monday moning at school “I went swimming at the weekend!” one would say, “Well, I drove a real Lotus formula one car at a racetrack!” Beat that. God I wished I was 9 again.

Heres some of the images I took that day, I thought I’d share them with you, I’m good like that…